Here's a quick idea for a connector (starter) which helps students understand the idea of subtlety in literary analysis, as opposed to 'heroes and villains'. It uses the idea of the "Seven Deadly Sins" and "Seven Deadly Virtues" and is easily differentiated - simply give students who need support a character with obvious flaws and virtues, and stronger students an apparently imbalanced character (e.g. Curly from Of Mice & Men) requiring them to play 'devil's advocate'.

I have also included models and a prompt sheet for a short piece of writing to evidence their understanding of the concept.

As I say, although for Of Mice And Men this could be used with many texts. I would love to try it out with Dickens; his overblown villains (with their complex back stories) would produce highly detailed responses.

Sins and Virtues in Of Mice &amp; Men
Posted by CareyEnglish at 06:41 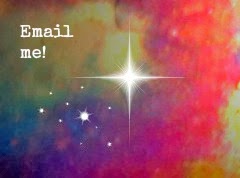